When Money Magazine named Danbury America’s top place to live, the city drew more attention than anyone would have ever imagined. A cultural melting pot and one of the fastest growing cities in New England due to its low cost of living relative to other communities within commuting distance of New York City, making Danbury one of Connecticut’s best cities for your home and family.

Danbury is thriving economically with one of the largest shopping malls in Connecticut, with large company headquarters located in the city like Praxair, Cartus, Ethan Allen Interiors and Scholastic Library Publishing. The city offers a diverse selection of new single- and multi-family homes, apartment complexes and condominiums. Danbury has quite a collection of historic homes, including elegant estates near downtown and small weekend getaways on the largest body of water in Connecticut, Candlewood Lake.

Danbury has abundant educational opportunities, and is particularly proud of its unique pre-school program. The city has several private secular and parochial schools, alternative high schools and vocational schools, and an elementary magnet school for international studies. Western Connecticut State University has two growing campuses in Danbury and offers undergraduate and graduate programs. Educational, entertainment and recreational opportunities flourish within the city.

Ives Concert Park is a great music venue near the University that’s easy to get to. The Charles Ives Birthplace Museum and Historical Society has exhibits on display and maintains the Pulitzer Prize winning composer’s museum displaying items from his youth. These include a desk used when he lived in New York, a circa 1840 piano, and the music stand he received from his wife among Victorian period furnishings.

The Railway Museum displays vintage railway items housed in a 1903 train depot and rail yard including models, photos, and information on the history of railroading. For children a short train ride makes the Railway Museum a great family visit. Danbury is a stop on the Metro North rail line, and the station also has a small railroad museum occasionally offering rides around the rail lot to families and children.

The Military Museum of Southern New England displays military vehicles and artillery from World War II, Korea and Vietnam wars. Uniforms from this era, photographs and other military artifacts are also on display.

Kenosha and Candlewood lakes offer a wide variety of seasonal activities and outdoor pleasures, such as, fishing, swimming, boating and bird watching. Richter Park is the home of a superb golf course acclaimed as one of the top 50 city courses in America. The Richter Park Golf Course encompasses over 180 acres of gentle rolling terrain situated in the heart of Fairfield County and is one of Connecticut’s hidden jewels.

The combination of one of the fastest growing cities in New England due to its low cost of living and relative closeness within commuting distance of New York City, the educational, entertainment and recreational opportunities make Danbury one of Connecticut’s best cities for your home and family.

Micadam, LLC can walk you through the buying process. We’re a real estate solutions company based out of Bridgeport, CT. A family owned business and has been in the Real Estate Business for the past 24 years. 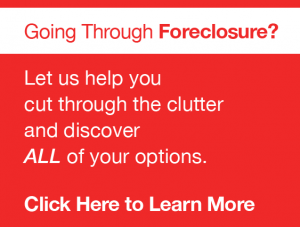 If you or someone you know has missed one or more home payments and you are facing the possibility of foreclosure, then you must read this urgent report immediately…
Read More

Ready to strengthen your credit?

At Perfect Credit Consulting, LLC (PPC), our mission is to improve your credit scores and your quality of life by saving you money!

Contact Us Today by clicking on the image above for a FREE Consultation!

Hear What Others Have To Say…

Hey Adam just wanted to say thank you for how professional and fast you were in purchasing my condo in Bridgeport . It’s amazing you did what you said you would do. After we signed the contract you prepared all the paperwork and sent it out to both attorneys. After I signed the agreement all I had to do was show up at the closing and pick up my check.

“Nearly 4 million Americans are more than 60 days behind on their mortgage, and countless others are only a paycheck away from missing a mortgage payment. You’re not alone. ”  That’s why we’re here, to help home owners like you when you need it most.

“That which does not kill us makes us stronger.”